Going out of business: Wireless Services US

Although they were technically a competitor, we’re sad to see that Wireless Services US (WSUS) Going Out of Business. The CEO: Darrel Vogler seems like a great guy who really had the heart to help dealers. We respect that. Our prayers are with you and your family Darrel!

Wireless Services US (WSUS) Going Out of Business 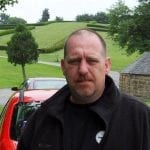 Darrel Vogler of Wireless Services US (WSUS) said today,
“A little more than two years ago, the issue on every independent dealer’s lips was that MVNOs didn’t pay enough (reference Page Plus), that they stole your customers (reference Selectel, Verizon, Page Plus), that they didn’t care about the dealer (reference every other MVNO out there). So I started Wireless Services with the idea that you shouldn’t have to jump through hoops. That you could get a better discount on the plans. That if there was an issue, it would get corrected quickly. If there was an error on our part, you wouldn’t have to wait forever to get the credit back to you, that it was immediate. I created a company whose cornerstone of the foundation was that we would never take your customers from you. They are yours. You worked to get them on, you deserve the full discount percent every single time, not some watered-down version of a follow me program. That you didn’t have to hit some magical tier to get the discounts you deserve. That you were truly appreciated for the business you brought to the table.

Along the way, that appreciation was not reciprocated. When Verizon started battling other carriers earlier this year, they had to come out with their own brand of prepaid to save face against T-Mobile’s Metro PCS and against Boost and Cricket. And when they did that, they dangled a carrot to independent dealers. Give you up to 20% discount (10% of it as a residual for x number of months). And many began flocking to them. They are the new shiny kids on the block. And around that time, I began hearing from many dealers a sound I hadn’t heard before. “It’s what the customer wants.” VZW Prepaid offered better data in their plans. And roll over data. All the glitz and glam to attract the customer. And the dealers fell into that flytrap. And many began saying things like I just stated. Along the line, the independent dealer stopped selling what was best for them and decided to let the customer do whatever they wanted. No thought or matter that in x number of months, the residual is going to die off. So your discount is now cut in half. AND, since there will be no residual, they will aggressively begin driving those customers to pay directly with them. And you will have lost that customer that you worked hard to bring on. But, as long as they were getting paid upfront, the dealer no longer cared about down the road. The long term. I guess that is the future of the industry. Get it while you can, who cares about tomorrow?

Because of this, many, many port outs have occurred. This has caused a maelstrom within my company. The loss of business to Verizon Prepaid has taken its toll. A heavy toll. An unrecoverable toll. As of this posting, Wireless Services U.S. dealer program is concluded. We will no longer permit new activations, port ins or replenishment. There is not enough business coming in. I am sure there will be those arguments such as “Your plans didn’t have the data they wanted.” No, in reality, you just lapsed and allowed yourselves to be sold instead of selling. There is no way on this God’s green earth that every single customer wants data so much that they forfeit using wi-fi. Many dealers have just become too lazy to instruct their customers. To let them know that even with the fastest data package out there, wi-fi connection is still quicker, smoother and nearly limitless. But I digress. In my anguish of this decision, I digress.

We can longer support this program. Simply, financially, we can no longer support it. So, please begin porting your customers out as soon as possible. If you don’t know (most of you do because you already have been doing it regularly enough), the account number is the MDN and the password is the last 4 of the MDN. There will be no resolution requirements, no customer will be detained because of incorrect info. Just be sure to submit your request with the MDN, account number and password. The requests will be approved automatically in the received time that the system follows. I will not be manually releasing port outs, so make your customers aware that it is not instant. Business hours mean that ports won’t confirm and release after 6pm Central nor on Saturdays & Sundays.
As of this time, the customer’s phone won’t be shut off under normal conditions. If they are off it is because they are hotlined from not paying (incidentally, you can submit a port request on a hotlined number and it will go through), or experiencing a phone issue.

That does not mean that they WON’T lose service. Depending on whether or not the aggregator wants to make that call.

So, I suggest porting them out as soon as possible. This is not an easy decision. This hurts. Not just professionally, but personally. I have come to feel most of the dealers are like my family. Switch and Red Barn….extremely loyal, great people. Will always call them friend. To those of you that have been loyal WSUS promoters, I feel the most hurt about this. Due to this hurt and embarrassment, I will not be taking calls to discuss. I don’t want to re-hash the decision and talk about 100 times over. I won’t be taking FB messages about it. I won’t answer emails about it.
I do know it will be a pain in the ass to move a lot of customers. But I wanted to at least give you the warning and not just close the door and you have no notification and you have to scramble to keep face with your customer. Personally, I understand why some MVNOs shut their doors without saying anything. It’s not an easy pill to swallow. But in the fashion that I have come to know and care about you all, I wouldn’t want to do that to you.
I don’t know if I will continue with this industry after this. It’s not like leaving Page Plus to go be a distributor GM and growing and leaving to try another company. Growing an MVNO has taken a lot of energy and time. And I have enjoyed that opportunity. But losing it, has taken a lot out of me and I just don’t know if I could face any of you again and offer you a different product.

I truly hope you find what you are looking for within your businesses and lives. Supporting the guy who championed you, however, was just not in the cards for too many. Good luck to each and every one of you.
And for the final time I wish you to make it a great day. I have said this many times, because it is only within your power to do so. Make it so for yourself, no matter what adversity comes your way. This isn’t the end of my life, just a have a little redecorating to do.
Peace and love to all.”

5/5 (1 Review)
Share "Going out of business: Wireless Services US"

Going out of business: Wireless Services US