How do MVNOs view the Sprint/T-Mobile Merger? 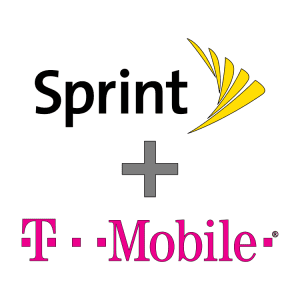 We were proud to have Conor Winters from The Capitol Forum recently interview M. Curtis McCoy, the CEO of Best Cellular. These are the questions and Mr. McCoy’s responses from the interview. Many MVNOs are curious about what the Sprint/T-Mobile Merger will entail, and how it will affect the prepaid wireless industry. Mr. McCoy draws from his experience and technical knowledge of the industry to weigh in on these topics.

How do small businesses view the merger?

How do MVNOs view the merger?

As CEO of BestCellular.com I am deeply involved in, and keep a close watch on advancements in the wireless industry. We attend events all over the United States such as The Prepaid Wireless Expo, CTIA Super Mobility, and other conferences and tradeshows Nationwide.

Over the years, our team has met with T-Mobile, Sprint, Verizon as well as many developers and executives from the major US telecom carriers. Best Cellular is also in contact with cell site and tower leasing programs in many states.

As an MVNO, Sprint has been very easy to work with, and support is readily available. We have also had discussions with the IoT staff at T-Mobile and we are impressed by the developments they’re making in next-gen communications technology.

How will it affect the wireless industry?

On the tech side, this situation is being advertised as though it will accelerate 5G implementation. That seems to be the focus of John Legere’s vision, based on the PR he’s been doing about the Sprint/T-Mobile Merger…

In reality, we expect to see slowed progress of new technology, because less wireless carriers competing for the same customer requires less work to be done to earn the business. (You can see an example of this in small rural markets where a single phone carrier offers coverage… If they have just enough signal to keep the customer from porting out to another carrier, they don’t have to improve the network to keep the customer. These small rural carriers can do “just enough” to keep from losing the customer without ever improving).

When telecommunications companies in other countries have merged, the prediction is always that the network will improve however, history has shown that these countries end up with slower data speeds, worse coverage, and higher prices for the end-user. (In business, competition is good for the customer).

Sprint has always been future-driven with their technology. They were one of the first carriers to test offering wireless coverage via a cellular radio on a drone. However, when Sprint and Nextel merged in 2005, the quality of the network degraded. Sprint phased out the iDEN PTT (Push-to-Talk) system within a few years as they shifted their focus. Recently, they have been developing and implementing Massive MIMO technology. That uses arrays of antennae to make the best of a limited spectrum broadcast. It will probably be a big part of the switch to 5G.

T-Mobile, of course, has been driven by innovation for several years now. They quickly established a presence in metropolitan areas. Now they compete with the established carriers in these sectors. Aided by their financial parents in Europe, their commitment to developing technologies is allowing the network to improve greatly as they compete for the customer base.

If this move goes as intended, Qualcomm stock would probably be a good buy, since they supply handset-side cellular modules. In February of this year, Qualcomm announced partnerships with 18 different handset manufacturers to produce 5G devices. This was before the official Sprint/T-Mobile merger was announced, which means they either had a good idea of the pulse of this deal or they’re simply gambling on 5G overall. Since official statements about the merger focus on 5G as the biggest benefit, companies like Qualcomm are poised to profit enormously. If this merger happens, Qualcomm will likely be the largest supplier of antenna modules, due to their history with both companies in the past and their push to compete with Broadcom.

How would T-Mobile’s acquisition of Sprint affect the MVNO & wholesale market?

Multi-carrier MVNOs like Best Cellular, are currently able to negotiate wholesale rates between carriers so we can focus sales on the provider that offers the best coverage at the lowest cost. Combining any two carriers will result in higher wholesale costs, with less competition. This is likely not a good thing for either the MVNOs or the consumers.

Are you, from your position at Best Cellular, concerned about this deal? If so, what concerns do you have?

This is just speculation since the companies have not released any details about how mobile virtual network operators will be managed, but I think it could become a major problem for the United States telecom industry. As the competition decreases, the free market will have less influence on this sector. As previously stated, this will likely result in poor pricing for consumers.

Are AT&T and Verizon considered to be less active, or somehow less viable, carriers in the wholesale market?

Like Sprint, Verizon is very easy to work with as an MVNO. AT&T does not have the greatest track record, but Verizon is one of the top MVNO suppliers in the US. One thing to keep an eye on if this all shakes out will be the reaction from Verizon and AT&T. They have already begun sharing tower technology, which might indicate intentions towards a future merger as well. That’s just more speculation at this point, (but so was the topic at hand just a few years ago). We’ll have to wait and see whether they create specific strategies to compete or decide to continue on their current development timelines. If the merger goes through, AT&T/Verizon won’t have to compete as hard…

Will this deal increase or decrease competition in the wholesale market?

If you look at the Canadian merger which left their country with only three major telecom companies (Bell, Telus & Rogers), this created a much worse pricing structure. In business, more competition is good for the customer. However, competition keeps margins thinner for corporations, as they compete to offer the best service for the lowest cost. I’m all for these corporations making as much profit as possible, but not if it results in worse service at a higher price.

Will this deal benefit or harm MVNOs?

Since we don’t have any specific directive on how “The New T-Mobile” will handle MVNOs, we can’t really answer this question as of yet… I would speculate this will not be a good thing for anyone but Sprint & T-Mobile.

Will this deal benefit or harm consumers?

History has shown that this may not be a good thing for the end-user. However, the MVNO market has a healthy level of competition. As long as the resulting “Big Three” continue to support the MVNO market structure, consumers will still have some options.

How will the consolidation of T-Mobile and Verizon affect the prepaid wireless market?

Both Sprint and T-Mobile have had a good history with MVNOs. One of the main difficulties will be the migration to new handsets for consumers. More than likely, the millions of active devices on both Sprint and T-Mobile will not be compatible with the new network requirements. This means a lot of customers forced to “upgrade” will not be happy with their out-of-pocket costs.

Are there any conditions you’d like to see imposed upon the deal to address any concerns you may have?

I would love to see requirements that force the carriers to maintain a reasonable wholesale pricing structure for MVNOs, and a commitment to maintain existing agreements. Although a buyout of MVNOs would be a nice payday for CEOs like myself, it would result in even further degradation of available options for consumers. Currently, there are more than (240) United States MVNOs and Wireless Carriers for people shopping for cellular phone plans. If the resulting “Big Three” decided to cut MVNOs out of the picture, those alternatives would disappear completely.